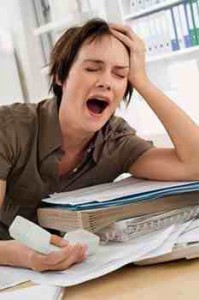 Many of us working in the caring or sharing professions, or in businesses with a strong desire to make a difference, often have some issues around giving too much.

Constantly moving from giving into sacrifice.

As we know sacrifice isn’t the way it’s meant to be, plus self-sacrifice causes problems in the future with our own sustainability, and how much we can do and give on the long term.

So how do you stop yourself tipping into unhealthy self-sacrifice instead of giving?

Here’s a simple idea based on Five Energy Dynamics that I share with clients who over deliver by spending too much time with their client in a 1-2-1 session.

Identify the absolute outside time you should spend with a client.

Say if your normal slot is 1 hour, the absolute outside time you should spend might be 1 hour 15mins. That would give you a bit of slack in case something pops up, but avoid the 1 hour 45mins + that you perhaps end up spending.

Set this rule for yourself.

If you stick to that time of 1 hour 15mins you make a charitable donation.

The donation needs to be towards something that really means something to you, perhaps feeding and education a child or rescuing a child prostitute, something meaningful to you. This doesn’t even have to cost you anything!

You should ideally pick a charity that has very little resources, so if you don’t make that donation the charity doesn’t have any other resources to still do that giving.

If the money doesn’t arrive the giving doesn’t happen, it’s dependent on you.

Because here’s the rub…

If you don’t stick to that time of 1 hour 15mins then you aren’t allowed give anything! That’s right, nothing at all.

AND (and this is important too) you have to spend the money on yourself on something you don’t want or need.

It’s important that the rule is fixed and you stick to it!

And wow does it work a treat… your running over time will stop in an instant!

Plus even more get’s given in the long run.

If you want a simple free way to give that is powerful, life changing and easy I recommend Shake the World powered by B1G1

Or take it up a level join the B1G1 family of businesses doing good, we have!

In Energy terms this over delivery is a common problem for people with a dominance of Earth Energy in the Five Energy Dynamic profile.

To find out your Five Energy Dynamic profile and if you have a dominance of Earth Energy, take The Vitality Test here

If you’ve already taken The Vitality Test and want to understand why this method of controlling giving to much works in Five Energy terms, read on… 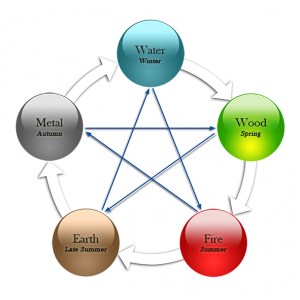 In Five Energy terms, every Energy ether Feeds or Controls another Energy. Each Energy Feeds the one next to it and Controls the Energy two away. So this is an example of Wood controlling Earth.

The fixed rules, with no flexibility (extreme Wood) controls the over caring Earth Energy. The Wood Energy boundaries are what the persons Earth Energy needs to get back in balance.

To find out your Five Energy Dynamic profile, take The Vitality Test 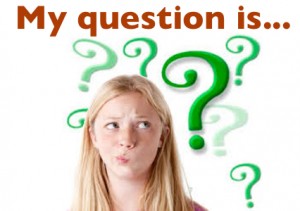 When you are creating change in an organisation, you can’t assume everyone has the same needs or will have the same response. Plus you always need to keep new stress to a minimum!

How can you recognise and predict an individuals likely response, meet their needs and reduce their stress?

This is where the Vitality Test™ comes in…

The Vitality Test™ measures your unique balance of five distinct Energies as identified by the ancient Chinese; it’s your inner Energy blueprint and determines how you see and respond to the world.

We refer to this balance of Energies as your Five Energy Dynamic profile.

As well as determining how you see and respond to the world your dominant Energy gives you an Unanswered Question.

A specific question you constantly need to know the answer to.

When you are under stress your Unanswered Question is nearer the surface and becomes more important to you.

The Unanswered Question for each Energy type is…

The bigger the change within an organisation or community the more stress there is and the more important these Unanswered Questions become.

So make sure you answer the Unanswered Questions for the Energy types in your team when you’re doing any major change with in the workplace, if you don’t you’ll loose them in the process or put them under more stress.

Was that a helpful post or do you recognise you live with an Unanswered Question?
Please Leave a comment 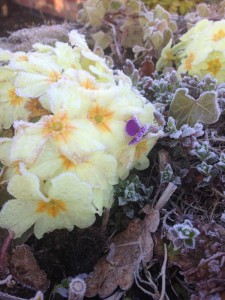 Much of the wisdom about the Five Energies came from the ancient Chinese observing nature. They used nature to explain and understand the world.

Yesterday I worked with a client and used nature to explain why they needed to especially mindful about assessing the likely success of their new venture.

When a seed sprouts, timing, location and the environment are crucial. If it gets it wrong then it’s game over. Too early and it’ll be caught be a frost, too late and the competition is too strong.

A bulb has a second chance, if it blows it one season, then it’ll have enough reserves to have a second go next year, but its reserves are limited.

A tree can get it wrong year after year, if the blossom gets caught in a frost the tree doesn’t die, it just doesn’t bear any fruit. But it’s still business as usual.

After I had heard this chaps new idea, I felt compelled to point out that his idea was a seed in an uncertain world. The amount of money he was borrowing and the amount of equity he was putting in meant if the business idea failed then it was game over for his main business and his family.

How many times have you watched Dragons Den and the budding Entrepreneur have their house, savings and their family’s money in a bright idea?

Wrong timing, wrong location or wrong environment and it won’t work, and they’ve lost everything.

With a lesson from nature and a little re-engineering of this chaps idea we ended up as a bulb. If it failed he’d have tested the market and learnt something, but he’d have a second or a third go and still survive.

The Five Institute is blossom, if it doesn’t work and the world isn’t interested my other businesses won’t fail. My partners and me would just have to go back to the drawing board and find another way to share this wisdom.

So try your best, push the boundaries of possibilities and expand, but know if you’re growing Seeds, Bulbs or Blossom before you start. 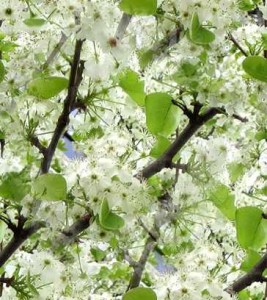 I’d spent quite a time over the last six months working with a client, clearing stuff out. They had too many ideas, unfinished projects and chaos.

Typical of someone with lots of Wood Energy, when they’re out of control and taking their creativity too far.

The problem was however much reality told him that doing and starting too many things all at once wasn’t the way to succeed. And was the path to failure. His feelings told him something different and he couldn’t stop himself.

His Wood Energy gave him the feeling that following every thought and new creative idea was ok, it didn’t feel chaotic and unproductive, it was exciting and an expression of his dynamic power.

However much logic and the facts told him one thing… it was too chaotic and he was doing too much. His sense and feelings from his Five Energy Dynamic told him something different, he could deal with the overwhelm.

So he battled to take consistent action and clear the unproductive chaos.

Then along comes spring in the UK.

Spring is associated with the Wood Energy, an explosive time of new growth, activity and rapid expansion. It can all get a bit chaotic.

Suddenly, it was easy.

This double whammy of his Wood Energy and the Wood Energy of the season was too much for him and his feelings changed.

Every part of his being felt overwhelmed. Suddenly his life felt too chaotic, active and out of control as spring exploded outside.

So in the space of 2 weeks we cleared, shelved and let go of projects that were never going to make him rich, happy or successful. They were just another great idea.

There are 2 lessons here

1. You may see the logic and know the facts but if your Energy makes you feel ok about it, then it’s hard to take consistent action or make a change. Change your Energy and it’ll be easier.

2. If you understand the Five Energy Dynamic matrix then it’s easy to see what to do when, going with the flow and not against it. 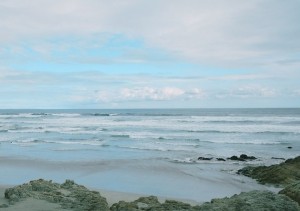 But straight away my heart sank…
the waves are rubbish!

So what to do?

I thought… I’ve got 3 choices

1. Move on and search for better waves on a different beach?
2. Head to the bar?
3. Make the most of it and see what happens?

As I stood there looking at the calm sea, I thought this is like business.

Sometimes the external environment isn’t flowing your way
and you’ve got 3 choices.

1. Try and find a better place to make money
2. Give up and wait for a better time
3. Or make the most of what you’ve got and play it smart.

So I plunged into the water and had a great time

We laughed with the children, hit the odd good wave and I met someone who wants to use the free Five Energy Dynamics profile system to find themselves a perfect new PA.

1. Make the effort to get somewhere special
2. Commit to your purpose
3. Remain flexible and positive
4. Make the most of how it turns out
5. Make a difference 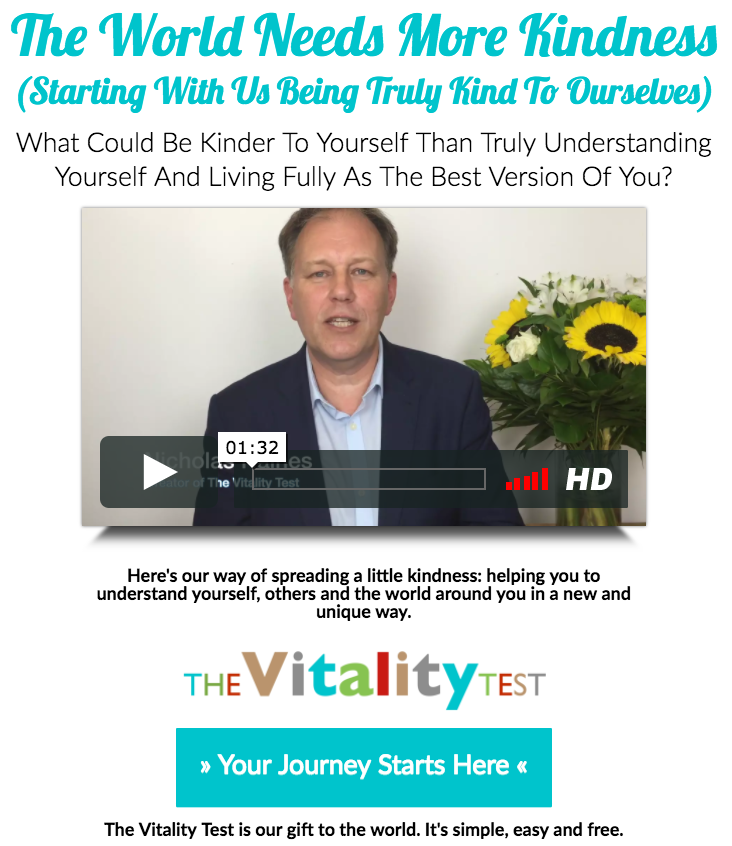